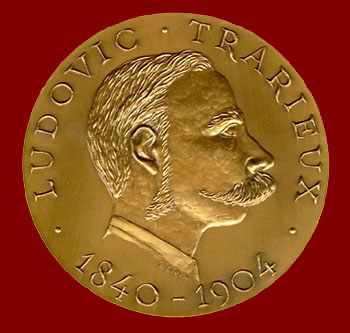 “The award given by lawyers to a lawyer” 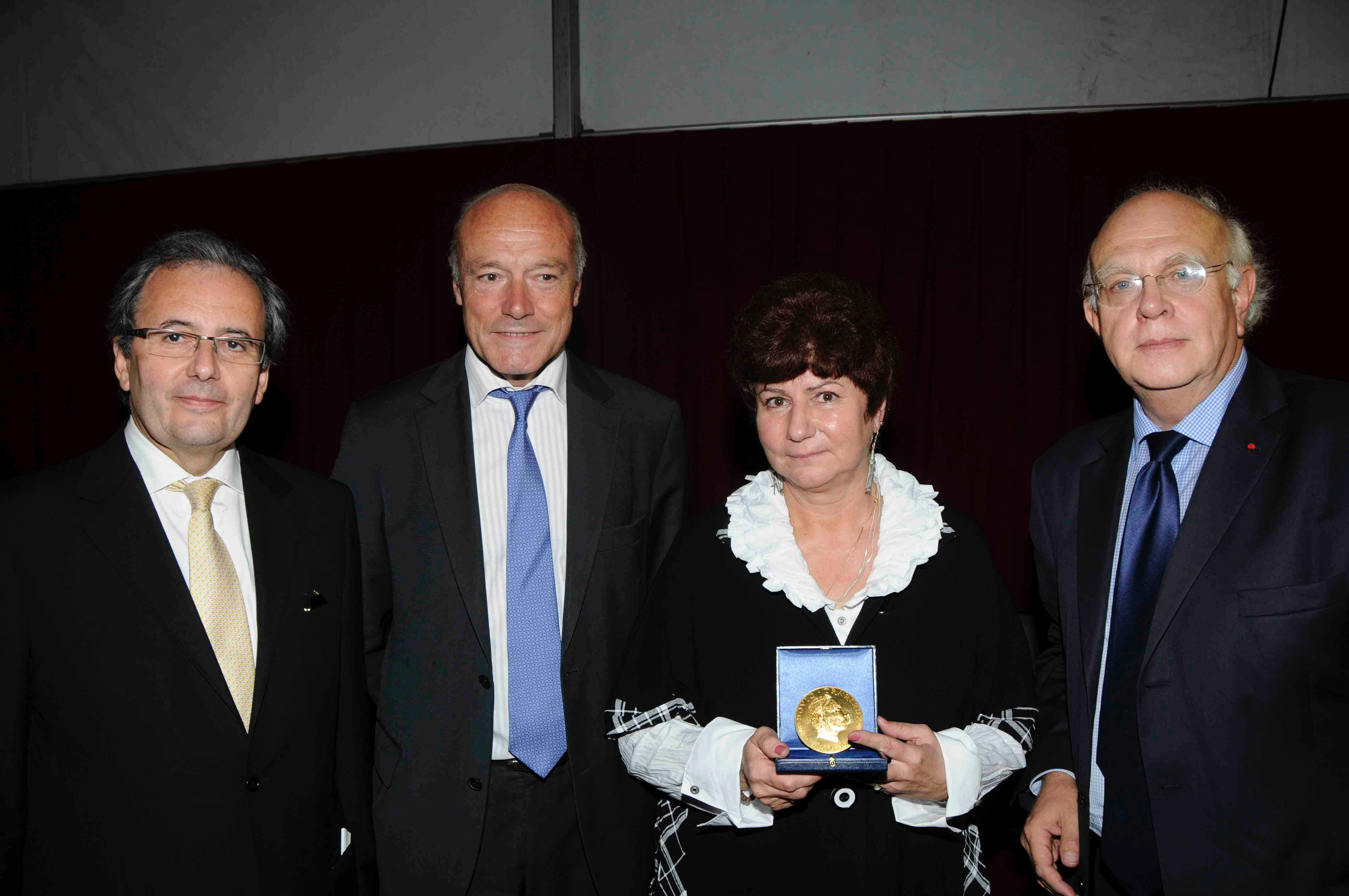 Karinna MOSKALENKO,  wuth ( from left to right) Michel DUFRANC, President of the Bordeaux bar Association, mayor of La Brède, Alain ROUSSET, President of Regional Council of Aquitaine and Bâtonnier Bertrand FAVREAU, founder of the Ludovic Trarieux Prize and President of the jury.

8 octobre 2010
A Tribute of European Bars to Karinna MOSKALENKO 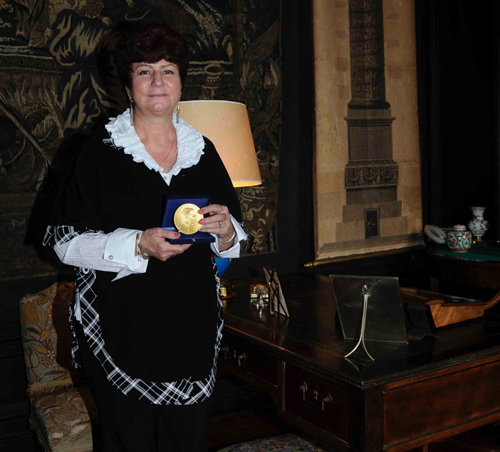 8 October 2010 : Karinna Moskalenko in the Library of Montesquieu at Chateau de La Brède after receiving the International Human Rights Prize Ludovic-Trarieux 2010 “The award given by lawyers to a lawyer”. Karinna Akopovna Moskalenko earned a degree in jurisprudence from Leningrad State University in 1976. Moskalenko's belief in the Soviet system led her to pursue legal studies in the hope of combating crime as a prosecuting attorney. However, during her studies Moskalenko realized her interest lay in defending the rights of the accused. Moskalenko completed a course in European law at Birmingham University in Great Britain. Based on this and other professional experiences in Europe and Russia, her legal specialization has developed into international public law, specifically the international protection of human rights.

Karinna Moskalenko is recognized internationally as one of Russia's most effective and courageous human rights lawyers. She currently represents Garry Kasparov and the families of Alexander Litvinenko and Anna Politkovskaya. She founded the International Protection Center in 1995 to protect the human rights of defendants in Russia. Since then, the Center has filed hundreds of cases before the ECHR and won important legal victories on behalf of Russian citizens whose rights have been found to have been violated by the Russian State. In apparent retaliation, Russian government tax authorities accused the Center of failing to report grants and other international contributions as ordinary income; as a result, the Center is threatened with bankruptcy and closure.

Karinna Moskalenko has successfully tried numerous human rights cases in Russia and abroad.  Her caseload before the European Court for Human Rights includes a wide variety of Russian human rights issues, ranging from torture and disappearances in Chechnya to victims of the Nordost Theatre siege in Moscow to the arrest and imprisonment of Mikhail Khodorkovsky, the embattled former head of Russia's YUKOS Oil Co., who is now serving an eight year prison sentence in Siberia for what Moskalenko argues are purely political reasons.To date, the European Court of Human Rights has issued 137 judgments on Chechen cases holding Russia responsible for violating the right to life, the ban on torture, and its other fundamental obligations under the European Convention on Human Rights. The existing judgments pertain to the abuses perpetrated by federal servicemen in the early years of the second Chechen war. The Russian Government pays out monetary compensations to the victims, as required by the Court, but fails to hold the actual perpetrators accountable even in those cases where their identity is known, and does not take any measures to prevent similar abuses from re-occurring. As a consequence today, law enforcement and security agencies under President Ramzan Kadyrov's de facto control receive the message that they will not be held accountable for human rights violations they commit. New complaints from Chechnya are lodged with the European Court, increasing.

**Award not yet accepted.

According to the regulations of the award, the Prize is regarded as definitively awarded only if the member elected or a member of his family accepts it and comes to receive it at the time of a ceremony from handing-over which is held this year in October.

Created in 1984, the "International Human Rights Prize Ludovic -Trarieux” is awarded to " a lawyer, regardless of nationality or Bar, who thoroughout his career has illustrated, by his activity or his suffering, the defence of human rights, the promotion of defence rights, the supremacy of law, and the struggle against racism and intolerance in any form ".

It is the oldest and most prestigious award given to a lawyer in the world, commemorating the memory of the French lawyer, Ludovic Trarieux (1840-1904), who in the midst of the Dreyfus Affair, in France, in 1898, founded the " League for the Defence of Human Rights and the Citizen ", because, he said: " It was not only the single cause of a man which was to be defended, but behind this cause, law, justice, humanity ".

The first Prize was awarded on March 29th, 1985 to Nelson Mandela then in jail. It was officially presented to his daughter, Zenani Mandela Dlamini, on April 27th 1985, in front of forty presidents of Bars and Law Societies from Europe and Africa. It was the first award given to Mandela in France and the first around the world given by lawyers. On February 11th 1990, Nelson Mandela was released. Since then, it was decided that the Prize would be awarded again.